Citroen will introduce an all-new, third-generation C5 sedan in 2020, according to the company’s CEO Linda Jackson.

Citroen has axed the previous C5 in Europe last June, with Linda Jackson confirming a successor to AutoNews during the Frankfurt Motor Show.

Jackson said that spinning off DS as a standalone premium brand back in 2014 created some gaps in Citroen’s range, gaps that are now going to filled following PSA Group’s recent plan for eight different body variations in passenger and light commercial vehicles.

"Due to the separation of DS, some fairly small gaps in our portfolio emerged," the CEO said, adding that these gaps were soon filled.

Last April, Citroen revealed a new compact SUV at the Shanghai Auto Show called the C5 Aircross, which is coming to Europe in late 2018. The C5 Aircross will be the first model to use Citroen’s newest suspension system, which features a hydraulic stop for the first time and replaces the old, more complex and heavy hydropneumatic suspension.

The new C5 and the unconfirmed yet C6 are expected to also use this new suspension, with Jackson pointing out that only Citroen models will get this feature within the PSA Group, ruling out its use on Opel cars as well. Jackson also added that the recent acquisition of Opel/Vauxhall would have no effect on Citroen’s future model strategy. 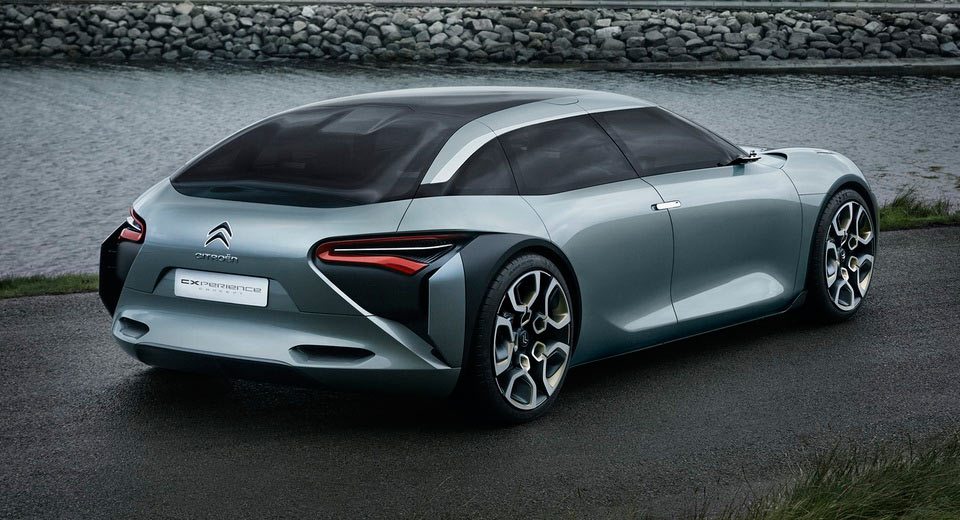 Citroen believes that in order to succeed in today’s market, it needs to cover most mainstream vehicle segments, and as a result, it’s now plotting a new flagship saloon.

The vehicle will serve as a replacement to Europe’s discontinued C5 and China’s larger C6, and it’s expected to arrive in 2019-2020, reports Autocar.

“What it won’t be is a new C5,” said Citroen CEO, Linda Jackson. “But there will be a new large saloon, because having one in the lineup is a crucial part of being a big manufacturer, to be credible you need a range across small, medium, and large cars, including SUVs. Do that well, and you cover the requirements of volume and profit to succeed in this business across fleet and private sales.”

The French brand’s boss revealed that new sedan will incorporate styling cues seen on the 4.85 meters long CXperience Concept presented in 2016 at the Paris Auto Show,

“Like all concept cars, it was made to test reaction, and the car will evolve. But – and I know I’m biased – I loved it. It will inspire the production car and it gave a view of a luxury flagship without any of the traditional cues of chrome, leather or lacquered wood. It had an air of the slightly avante garde that will make it to production. It can also be the showcase for our ideal of redefining comfort, in terms of the interior and the ride and handling balance using our new Advanced Comfort suspension.”

Citroen Wants To Reinvent The Sedan With The C5 Replacement

Contrary to what one might have thought, Citroen not only plans to launch a successor to the C5, but it also promises to give it a dramatic new design as part of its revamped range of models.

Despite the steady decline of midsize car sales in Europe, the French automaker is convinced that offering a different style will remain relevant, according to Richard Meyer, Citroen’s head of future products who spoke to Automotive News.

“The sedan will remain key in the automotive world, but Citroen wants to give a different expectation.” Meyer said. “We will have a very specific and unique answer to the sedan.”

The French automaker stopped production of the C5 in Europe last year, and it currently available only in China, where it’s produced at PSA’s Wuhan factory operated with joint venture partner Dongfeng.

Citroen has a strong history in offering different-looking sedans, including the DS from the 1960s, the 1970s CX and the C6 premium executive sedan offered from 2005 to 2012.

The company’s CEO, Linda Jackson, said last year that despite the increasing demand for SUVs, sedans will always have a role to play: “Between C and D (compact and midsize) there is still an opportunity in China and in Europe.”

Sister car maker Peugeot also continues to support the midsize sedan class with the new 508, the estate version of which was launched earlier this week.

Jackson had also stated that Citroen would reveal its new sedan after launching a pair of SUVs, namely the C5 Aircross that will arrive in Europe this December and the smaller C3 Aircross, which is already on sale.
DS + PEUGEOT & CITROEN ROMANIA - https://www.facebook.com/groups/543791945662860